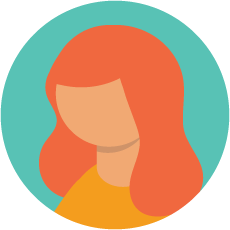 When I first opened up the doors to my business, I didn't know how much advertising I should do. Instead of going after printed advertisement space and taking out radio spots, I decided to let my company speak for itself. I tried to encourage other people to spread the word, but for some reasons, I just couldn't get off of the ground. I started thinking about what might work, and I realized that printed advertisements might be the way to go. Unfortunately, my first flyers weren't super professional. I decided to work with a graphic design company, who helped me to print professionally. That's when things started taking off. Read my website for more helpful tips regarding successful advertising.

What Are The Keys To A Good Logo?

Logo design is about more than finding a great art company that can produce something impressive. While logo design service providers can handle a lot of the heavy lifting, clients need to bring a handful of key ideas to the process themselves. If you're preparing for a design project, you'll want to look at these 3 things before you start.

A logo is an icon that quickly conveys your brand to other people. The logo encompasses more than just some shapes and letters. It has to pull your brand together in an image.

Consider a famous logo like the NBC peacock. It incorporates the color spectrum across the bird's tail feathers, conveying the company's early history when color television was still a major selling point for programs. While the novelty of color TV has long since passed, the idea of the spectrum still conveys a specific image.

Similarly, you want your logo to be brand-consistent. For example, Facebook's brand focuses on blue and white. It shows up in the web interface, app, and icons. If the company used a red and black version of its logo anywhere, it would be confusing to any potential users. Brand consistency connects the logo to the company's image, making the impression more permanent.

Most logos work best when people can describe them. The Ford logo, for example, is an oval with the name of the company in stylized letters. If you're struggling to describe your logo idea in one or two sentences, it might be too complex.

Think about how a child would describe the idea. If you can boil it down to that level, there's a good chance you'll produce a solid logo.

Remember, people don't give your brand much mental bandwidth until you've completely won them over. If you're designing a logo, then you're not at that phase yet. You want them to be able to process the idea quickly.

A good logo design should be highly reusable. A bakery might have a complex version of its logo incorporating a simplified picture of a cake alongside the full name of the business. However, the baker might want a smaller version for use on letterhead. This could be very simple, perhaps just the initials of the company name in the same font as the regular lettering in the logo.

Also, you don't want the logo to create problems in different graphics formats. A logo should be simple enough so it translates well to black-and-white printing without degrading the imagery or lettering.

For more tips, contact a logo design service near you.